Sad Tidings during the Holidays

I know I've been rather inconspicuous (uncharacteristically quiet) these past few months, letting myself fall into my semi-retirement routine. My 5 day weekends seemed to always get filled with this or that and despite reminders from Linda that I haven't tickled the keyboards in a while, I always managed to fall into the trap of time.

That trap allows you to believe that there will always be time to do the things your good intentions tell you to do; to postpone what you know you should do. You tell yourself that it is the .......insert activity here........that is keeping you from what you've been putting off. For me, it was a nearly back to back Colorado road trip iin the summer (during which we dined with Judy and Dan Wyatt) and then a whirlwind European jaunt this October and then the annual Christmas transformation of the household into the Indiana annex of the North Pole. And then there was Sandy, and I knew that there were far more important tasks that some of my New Jersey classmates were confronting. These ended up being rationalizations and some real distractions from what I could and perhaps should have been doing.

I should have solicited comments about what you thought of the reunion this past summer. I should have told you more about Linda's reunion and how it turned out this September. I should have let my Anthony Wayne classmates know how much I enjoyed the DVD that Al and Dot Piaget sent out to me and all the other 7-3/8-4 folks, and that I didn't get enough independent photos from the rest of the awestruck classmates to attempt a memory book. I realized that even I didn't take as many as I would have now liked to have. I should have been more annoying and insistent about soliciting members of our class to sign up for Linda's class of 67 "Cruise to Somewhere" which sets sail from Port Canaveral during the second week of February. I should have avoided letting this blog become only what I have to let you know about today..... 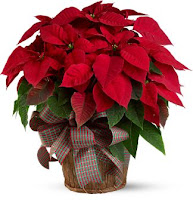 I awoke this morning to my phone dinging a Facebook message from David Pier, Roz Pier's brother, thoughtfully informing me of Roz's passing on Sunday, December 9th, after a valiant 2 year struggle with pancreatic cancer. I thanked him for thinking to inform Roz's classmates at Wayne Valley and I don't think I was being too forward in extending the class's deepest sympathy to the Pier family.

When we first traced Roz's location, David was a little remote and a little defensive, and it wasn't until later that he revealed how ill Roz really was, at which point we backed off to let her and her family support each other in the battles to come. I hope that you all will think of her and send David a FB note. Sharing your memories you made with her in her many activities from school might help a little to soothe the loss they are feeling right now, especially during the Holidays which are supposed to be far more joyous. This kind of loss changes the character of the holiday season forever, having experienced the loss of both my in-laws in December and January past. Instead of creating new memories, there is only recollection of memories made of the past and the joys of family together are tempered by a sadness beyond words or measure.

So this year, as you get together with your families, hug them a little more often and a little tighter and think of Roz and the Pier family in their grief. For my part, I will try harder not to fall into the trap of time. Time is finite. Sometimes there is no tomorrow. Part of my New Year's resolution is to sit still for a moment and chat with you all more frequently this upcoming year.

Be well my fellow classmates. Enjoy the holidays and accept greetings from the Yuan family in good health and cheer from Evansville Indiana.
Posted by Milton at 6:53 AM