Despite the 45th Wayne Valley Class Reunion having been such a happy occasion, with so many good memories , I still have regrets, the kind of regrets that come with age if not some wisdom and a lot of hindsight. 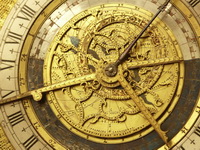 I'm sorry that I was too rigid and opinionated and influenced by prevailing opinions at the time and I didn't give some of my classmates more of my attention. I have subsequently learned the error of my ways and made some new friends.

I regret not paying more attention while at the reunion. I missed talking to a number of people that I would have liked to catch up with, including Bob Bayerl. I had intended to send him greetings from Bob Wanek a fellow IBSLATer. I also missed Doug Itjen. I was standing right next to him but had my back turned while talking with another group of classmates. Damn! I only realized this after looking at a slightly fuzzy photo and memory prodded by Chuck LaCouture on Facebook. After working to locate so many, I was really looking forward to seeing them again after so, so long.

I also regret not staying till the end of the Piaget/7-3/8-4 Anthony Wayne pre-reunion and so will have to Photoshop myself into the group picture at the end.

I also regret not having gone to more reunions, although I know that circumstances would have prevented that from occurring even if I had more determination to go.

Perhaps it is just the ticking of the clock on the wall that is making me think like this. I know in talking with people who were there, the echoes of the emotional impact are still reverberating in our hearts and minds. I wish there were an easier way to convey to everyone in the class about what kind of experiences we had this past weekend to convince them to come to the next one.

I'm normally a pretty cynical person, not given to flights of emotional rapture or interpersonal drama. I was moved, and it's hard to express in a meaningful way to someone who was unable to attend. I want to (metaphysically,at least) grab folks by the shoulders and shake them hard with a single message. Time is fleeting and short. You've only to view the Memorial page on the class directory website. Only yesterday did I hear of another of us having passed. Go to the next one. Whatever it takes. It may be the last chance you have to see or speak to someone who was important to you and that's not just me cleverly playing with words. It is the unvarnished truth.

I'm already getting help from the class to identify people in the photos Linda and I have been posting. I will add them to the captions when the mountains of Colorado are not distracting me from my class responsibilities!
Posted by Milton at 3:58 AM